Why You Need Legal Help in Filing a Personal Injury Claim

With so many distracted and drunk drivers on the the roads, it’s not surprising that there are thousands of traffic accidents each year. Another major cause of traffic accidents is speeding. These accidents cause injuries and even fatalities, disrupting and destroying lives. When someone has suffered serious injuries in an accident that was the fault of another driver, they may be entitled to file a personal injury claim. Car accident lawyers with wide experience of such cases can help victims to get the best possible settlement as compensation.

Injuries and fatalities in traffic accidents
Drunk and distracted driving cause car accidents, and so do speeding drivers. In fact, these are the three leading causes of traffic accidents in the U.S. Each year, there are some 6 million accidents on the roads, which kill or injure thousands of people. In 2107 alone, there were over 40,000 deaths caused by traffic accidents, according to the National Safety Council. This was the second consecutive year that fatalities in traffic accidents topped that number.
The average number of injuries caused each year is around 3 million. For anyone who’s suffered such an injury, or lost a family member in a car accident, life is changed suddenly, drastically, and irrevocably. Recognizing the harms they have suffered, most states have instituted laws that allow victims of accidents that are caused by another at-fault party to sue for damages.

How car accident attorneys can help
Each state has its own laws for filing personal injury claims. Personal injury lawyers can help accident victims to learn if they have a valid claim, as well as providing other important information such as the time period for filing claims, the amount of damages that can be claimed, the kind of supporting documentation that will be needed, etc. Personal injury lawyers can also help the victim to file the claim and to carry out negotiations to obtain a fair settlement, based on the extent of the injuries.
Since most personal injury claims are settled out of court, victims are actually dealing with the at-fault driver’s insurance company. Insurance companies as a matter of course want to minimize their payouts. That’s why it helps to have legal help for the case, since car accident lawyers are familiar with the laws and the negotiation process. They are more likely to get a fair deal for the victim.

What damages can you claim?
The law recognizes that someone who has been injured in an accident caused by another party has suffered serious harm. This includes medical costs, loss of wages, loss of earning capacity, and property damage or loss as well as emotional distress, pain, and suffering. In addition, if the other driver was extremely reckless, the court itself may add punitive damages, which will be awarded to the victim.
In general, the amount of the damages should be proportional to the extent of the injuries suffered. Experienced car accident lawyers may even advise victims to wait for a while to file the claim, while remaining within the statutory period for filing. That’s because in many cases, many secondary medical problems and conditions caused by the accident become apparent only over time. Also, more treatment may be needed after the initial phase. All of these costs should be included in the claim.

Traffic accidents cause millions of injuries each year, as well as thousands of deaths. Recognizing the harm suffered by the victim, most states have personal injury laws that allow victims to sue the at-fault driver for damages. Damages are in proportion to the injuries and harm sustained. Experienced car accident lawyers can help victims get the compensation they deserve under the law.

Americans driving on the roads today or workers who are in physically demanding professions run the risk of personal injury almost every day, and when a person becomes injured on 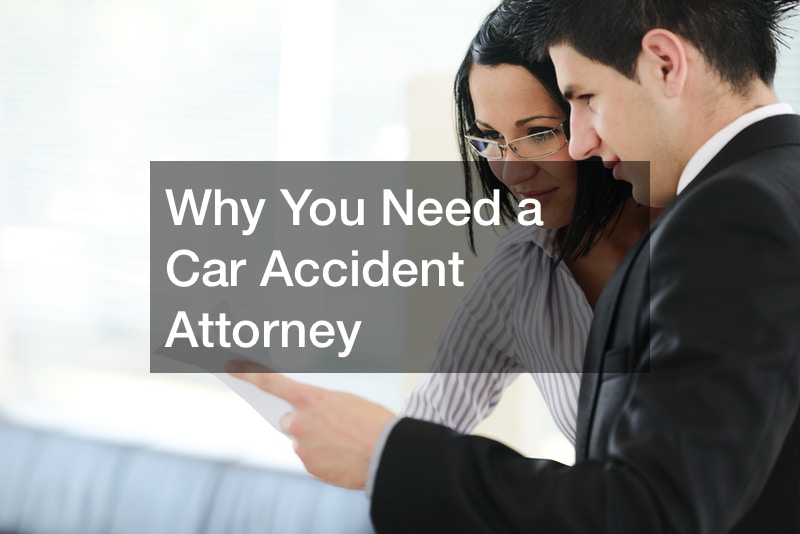